The ‘Mitch Daniels Band’ are definitely going places; headlining iconic music venues such as the Troubadour, and getting ready for their gig at the O2 Academy2, Islington on 18th October.
Here are some photographs from The Mitch Daniels Band’s fantasic show at the Troubadour, and a recent interview with singer/songwriter/guitarist Mitch Daniels. Mitch discusses the transition from solo artist to forming a band, and their up & coming headline gig at the O2 Academy2. 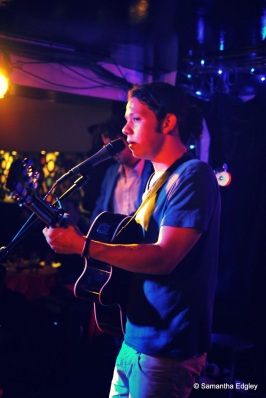 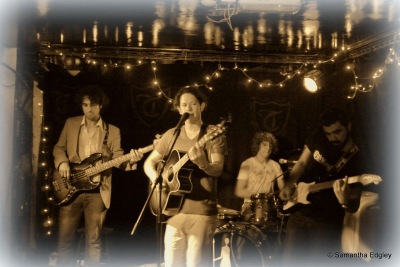 What inspires your music?
I draw most of my influences from acoustic guitar singer/songwriter types, some of my favourites being Jason Mraz, John Mayer and James Taylor. In regards to what inspires the music/songs, that varies from day to day depending on the emotions that are running through my system at the time of writing. I try to avoid writing too many cliché love songs… 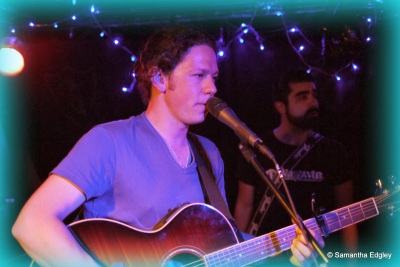 …I often feel inspired to write about hope, drive and ambition. Music can be a great source of encouragement when you are feeling down and need the motivation to get back out there to achieve the goals we set for ourselves. Channelling those emotions into songs can be powerful. 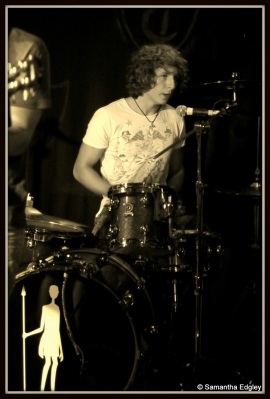 How has the transition between working solo and working with a band been for you?
To be honest I was apprehensive at first because I have played by myself for so long. You can become complacent playing solo as you don’t have to worry about what anyone else is playing, the timing, band dynamics, etc… But it really has been the greatest of adventures for me… 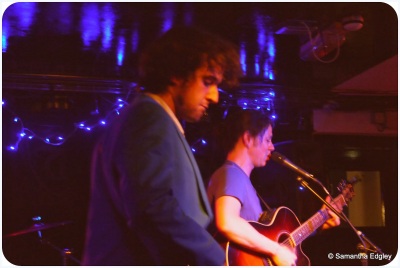 …I feel like the band have come together completely out of the blue but it seems to working brilliantly. It has been a great experience for me hearing the songs really come to life from acoustic to a full band set up. More than any other reason though, it is great fun. They are all such good lads and I would’t want to perform without them anymore!

Introducing the band
The first person I teamed up with was Tom Triggs (Drums). I had been looking for a percussionist who could sing for a long time when we met at an open mic night. I got chatting with Tom (who was playing guitar and performing his own material) and soon discovered that he was also a drummer. And so we embarked on a journey as an acoustic duo…

… Next came Julio Diaz-Palacios (bass). I also met Julio at an open mic (they are great networking opportunities). Julio approached me after I had played a few songs, I had heard him playing bass earlier on in the night. On discovering we were both “harmony freaks”… we had found the third member of the band…

…I had known our lead guitar player Jesus Gomez Gutierrez for a while, and had jammed with him on occasions. Having already put the “Trio” together we decided we wanted a bigger, bluesier sound and could not resist the temptation of some guitar solos. So I called Jesus and he was more than happy to get involved… 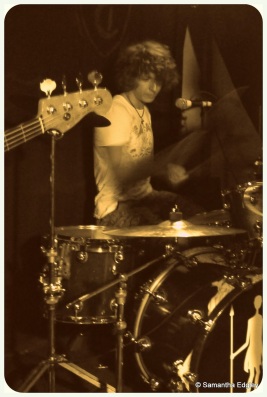 … The final member to join the band was Micheal Bisceglia (saxophone). The addition of the sax works so well with this kind of music and adds a really jazzy feel to it which I love. Id say we’re now in the “jazz pop” bracket.

What is ‘Net the Bed’?
“Net The Bed” is an important show I have got coming up with the band. It is taking place at the O2 Acadamey2 Islington on Friday 18th October and is known as “Net The Bed – Mitch Daniels Live”. Everything raised from ticket sales will be going to “Malaria No More UK” in order to buy mosquito nets to be sent out to Africa. Tickets are £5 only and every ticket sold will be enough to buy, deliver and hang a net!

How can I get tickets for Net the Bed?
Tickets are £5 and can be bought online at: www.mitchdaniels.co.uk 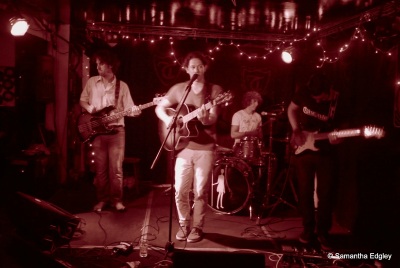 Thanks for visiting my blog

Samantha x
Beside the See Side